Polyrrinia is a village and an archaeological site in the Chania regional  7 km from Kissamos.The ruins of the ancient city Polirinia are located on a steep hill overlooking the Cretan and Libyan Sea. The city was probably founded by the Achaeans in 1100BC and flourished during the Roman period.

The ports of Polirinia were Falassarna and Kissamos. It developed close trade relations with Sparta, Milos, Rhodes, Thiva, the coasts of Ionia and Egypt. Apart from trade, the town was apparently famous for livestock, as the name comes from the words “polla rinia” which means many lambs.

Rolling hills, sleepy villages, olive groves, remains of old civilizations combined with splendid views of the Bay of Kissamos.There are several signs in the village that will point you to places of interest.  In the lower part of the village you can see some remains of a Roman aqueduct.Further up there is a building with huge Venetian arches as well as a really pretty rock chapel (with a lovely shaded yard outside the church) which is well worth a visit.

Start your day with 4 additional types of morning breakfast based in Cretan fresh materials and smell delightful coffee.

Enjoy a unique dining experience special treats of Cretan and Mediterranean cuisine in a dreamy eniroment.

Explore the beauty of the western Cretan with the alternative activities that offered by the hotel mesogios beach.

Me and my boyfriend stayed for 6 nights and we really enjoyed our stay. The owner is very attentive and tried everything to make our stay perfect. We really appreciate… read more his behaviors. The hotel ist directly at the beach and it’s very calm and you have the Beach for yourself. From every Room you have See view wich is also lovely. There als also amazing sunsets to see. We would definitely come back and would recommend this hotel very very much.

I very much enjoyed my 8 day stay at this very friendly family run hotel. The hotel is located a bit outside the typical tourist area, which I find a… read more big plus. I got a very relaxed feeling staying here. The staff was always very...More 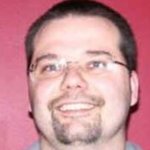 I very much enjoyed my 8 day stay at this very friendly family run hotel. The hotel is located a bit outside the typical tourist area, which I find a… read more big plus. I got a very relaxed feeling staying here. The staff was always very...More

In Mesogios beach we believe that a good day starts with a good breakfast, and we serve for you 4 different types of breakfast with an authentic Cretan breakfast.

In Mesogios beach we love to share posts.Visit our Blog to learn about our thoughts, what is happening at Mesogios beach hotel , the local news, even what our guests say!

Any cookies that may not be particularly necessary for the website to function and is used specifically to collect user personal data via analytics, ads, other embedded contents are termed as non-necessary cookies. It is mandatory to procure user consent prior to running these cookies on your website.